In 2016, the Township of South Orange Village enacted a new method to combat feral cat overpopulation by trapping and removing cats. This method is called Trap, Neuter, Vaccinate and Return (TNVR).

TNVR is a process that involves humanely trapping feral cats, spaying or neutering them, vaccinating them against rabies and other common illnesses, and returning them to their outdoor “home” to live out their lives. A “colony caretaker” provides food, fresh water and adequate shelter to the colony cats and monitors their health.

Neutering the cats nearly eliminates nuisance behaviors that are so bothersome to residents and are associated with hormones and reproduction, such as territorial marking, urine spraying, unburied feces, caterwauling, and fighting. TNVR is proven to be the least costly and most efficient way to reduce feral cat populations. It is also the only humane method. TNVR is endorsed by numerous well respected animal welfare organizations including the American Society for the Prevention of Cruelty to Animals, The Humane Society of the United States, and the National Animal Control Association.

There are an estimated 50 million feral cats in the US according to the Humane Society of the United States. Unfortunately, feral cats have reverted to a wild state and are not appropriate as house pets so those that wind up in the shelter system are almost always euthanized. Every year, tens of thousands of feral cats are euthanized in NJ’s shelters simply because there is no alternative. 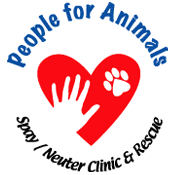