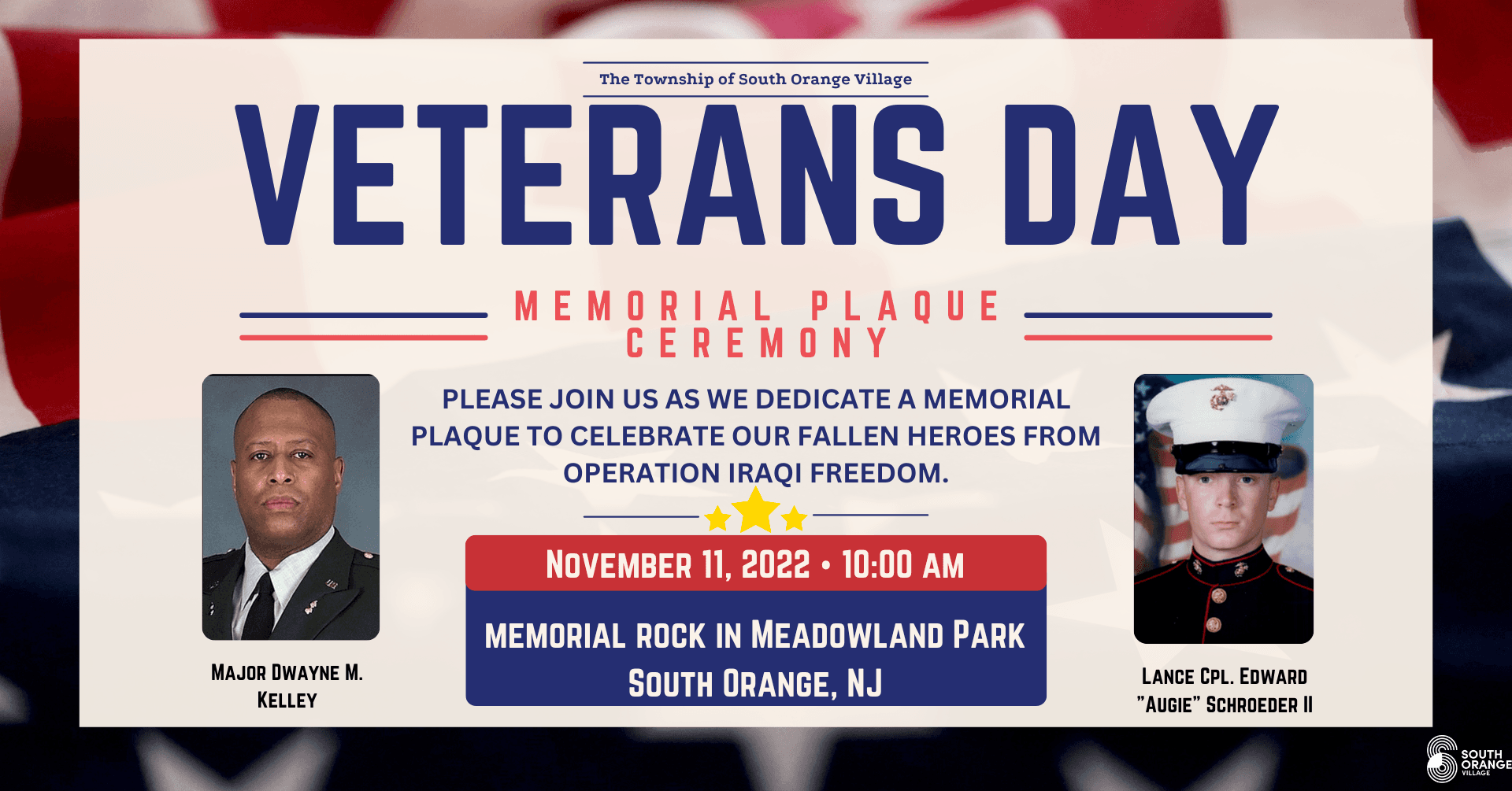 Please join the Township of South Orange Village, family, and friends as we place a plaque for Major Dwayne Kelley and Lance Corporal Edward “Augie” Schroeder who both lost their lives in Operation Iraqi Freedom.  This plaque placement is an important part of ensuring that these heroes are not forgotten.  The ceremony will take place at 10:00 am on Veterans Day at the Memorial Rock at the South Orange Duck Pond in Meadowland Park.  Please feel free to join us, rain or shine. 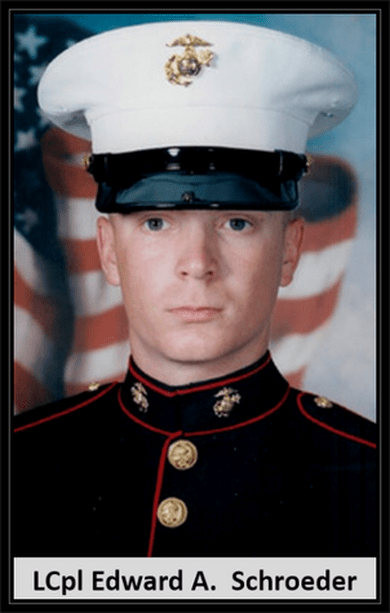 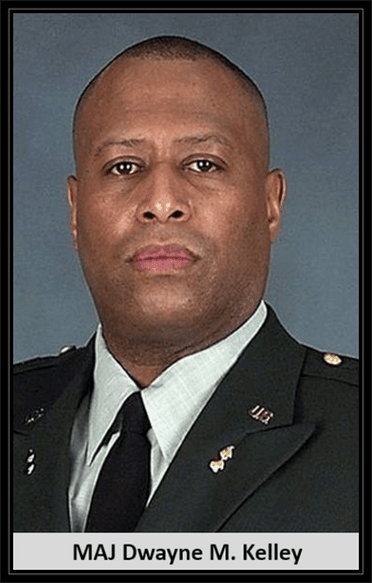 As of Memorial Day, May 2022, the Memorial Rock, located by the South Orange Duck Pond, has three plaques honoring 70 South Orange war heroes, who lost their lives during past military conflicts. The three plaques list those who died during World War II, the Korean War, and the Vietnam War.